May the Sacred Heart of Jesus be loved everywhere 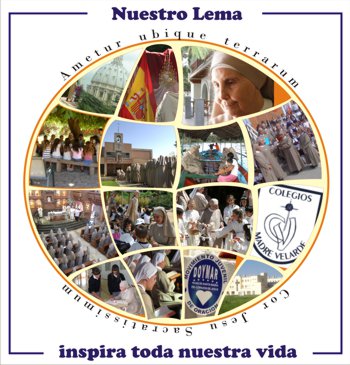 The Generalate is the headquarters of the Institute.

It was founded as a Provincial House on December 23, 1996. When the Province was recognized as a new Institute of Pontifical Right, on September 8, 1998, it became the Generalate and Mother House.

Our Foundress, Mother María de Jesús Velarde, lived in it since its foundation until her death on March 9, 2021, some months before celebrating the 25th anniversary of this House.

With gratitude to God for these 25 years of graces, the General Curia currently resides in it: Our Superior General, Mother María Marta Simón, and the General Counsel:

All the apostolic centers and houses of formation that belong to the Institute, the geographical and hierarchical subdivisions of the congregation (called Regions and Delegations) are dependent upon the Generalate. Here the General Secretariat is located as well and all the administrative work of the Institute is performed.